AWM Senior Organizes Tribute to Soldiers, AWM Student's Family One of Those Honored 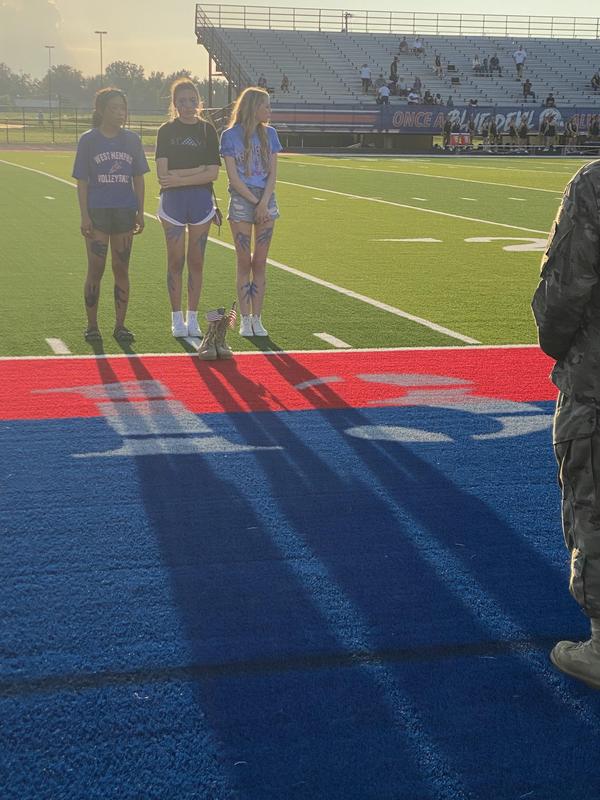 The football season kicked off with a huge victory for the West Memphis Blue Devils Friday night, but not before the school paid tribute to 13 soldiers who lost their lives a year ago in Afghanistan.

Thirteen boots with American Flags were placed on the 13th yard line where a number 13 was painted into the turf.

One of those 13 soldiers was SSGT Taylor Hoover, who was born in West Memphis and spent some of his life there. His family was on hand to accept an American flag in his honor, presented by Colonel Cox. Additionally, the football team carried American and Marine Corps flags onto the field to pay tribute to Hoover.